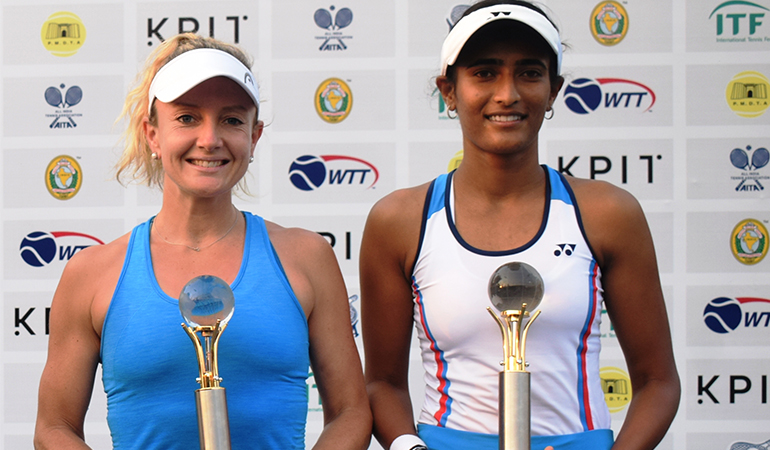 In the doubles finals played Rutuja Bhosale and Emily Webley-Smith won their second 25K event on the ITF circuit as they trounced second seeded   Riya Bhatia  of India and Miriam Bianca Bulgaru (Rou) 6-2, 7-5 to lift the finals